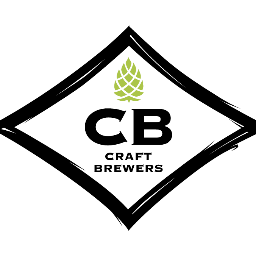 According to Mike Alcorn, owner of CB Craft Brewers the new vessels allow for a 75% increase in capacity over the next 15 months. With this addition total brewing capacity has increased 144% over the past 2 years and is required to keep pace with the growth of the craft beer market here in New York.

Spent grain is the leftover malt, spent hops and yeast and can constitute as much as 85 percent of a brewery’s total by-product. CB Craft Brewers has taken a “foam to farm” approach, partnering with the local agricultural community to sell its spent grain. The bulk of the grain is purchased by Andy Mroczek of Mroczek Farms in Lima, NY, feeding 80 head of dairy cows each day. Mroczec sells the remaining grain to Mulligan Farms in Lima, NY to help feed 1,200 cows. “With the increase the amount of beer we produce we had to address the spent grain issue”, said Alcorn. “This is a major way through which we maintain our link to the New York State agriculture scene.”

Brewers spent grain (BSG) is rich in protein, fiber and energy. Animals fed with BSG benefit from superior body weight gain and growth due to increased content of proteins and essential amino acids. Milk production and yield are also increased without the use bovine growth hormone or affecting animal fertility.