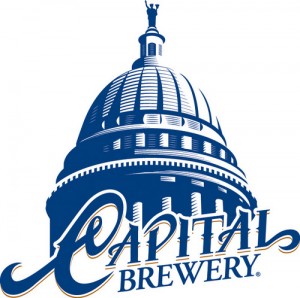 Middleton, WI —Fishin’ in the Dark was created by Ashley Kinart, Assistant Brewer at Capital Brewery. She has been working at the Brewery for 2 years and was motivated to create an unique Imperial Schwarzbier.

‘In the middle of this terribly long Winter I had this day dream that I was canoing down the Wisconsin River with my boyfriend and we stopped on a sand bar to do some fishing. It was late in the day and we made our last cast while the sun was setting. We started humming the tune to “Fishin’ in the Dark” and the idea just popped in my head,’ said Kinart. ‘That night I though about what a beer with the same name would taste like, and the next day I pitched it to Brew Master, Brian Destree.’

It is available in kegs and 4 pack 12oz bottles.

Founded on March 14, 1984, Capital brewed its first batch of beer in the spring of 1986. The company has received over 195 major awards in both domestic and international competitions in over 15 categories, and the beer has been available in cans since 1997. Capital was named Grand National Champion in the 2013 US Open Beer Championship, winning six medals.