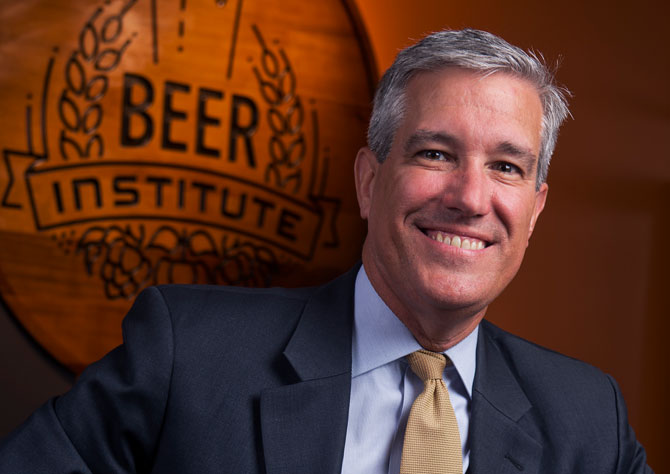 Beer Institute president and CEO Jim McGreevy joined the Brewbound Podcast ahead of his organization’s annual membership meeting to discuss the most pressing issues facing the trade group, which counts the nation’s largest breweries among its members.

Those issues include the spirits industry’s push for equalization to beer in taxation and market access particularly as its ready-to-drink canned cocktails gain share, which McGreevy called the “biggest threat facing the industry.”

“Beer is the beverage of moderation — it is significantly lower in ABV than spirits products are as sectors of the industry,” McGreevy said. “We just know that it’s really in the DNA of the spirits industry to want parity with beer and wine, and we’re seeing that more and more in the state legislatures where they’re positing their canned cocktails as the same as beer, both for lower taxes and for market access.

“This issue of equalization waxes and wanes,” he continued. “It has peaks, it has valleys. I think we’re headed for a peak in the battle over equalization between spirits and beer.”

The Beer Institute, which was founded in 1862 to create an orderly way to collect federal excise taxes to help fund the Union Army during the Civil War, also works to educate lawmakers on the beer industry’s unique needs and the jobs it creates directly and indirectly.

“It’s incumbent on folks in beer to constantly tell them why we’re different and why we’re better,” McGreevy said.

Other issues discussed include the BI’s efforts against aluminum tariffs and McGreevy’s vision to become the country’s premier trade group for packaging brewers.

Listen to the episode above and on popular platforms such as iTunes, Google Play, Stitcher and Spotify.

Email podcast@brewbound.com with questions and feedback.