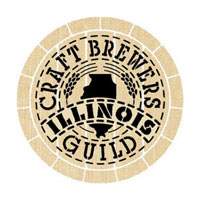 Presented by the Illinois Craft Brewers Guild, the Festival of Wood and Barrel-Aged Beer (FOBAB) Competition spotlights and celebrates beer that has been aged in a wooden barrel or in contact with wood. Winners in ten categories, as well as two Best of Show winners, were announced November 17th at the Festival of Wood and Barrel-Aged Beer awards ceremony held at the Bridgeport Art Center-Skyline Loft in Chicago, Illinois.

Cuvee de BubbaÔäó was awarded Silver in the Wild Acidic Beer Category and was up against 26 other entries. Cuvee de BubbaÔäó, a custom blend of the beers of Bear Republic, is refermented in oak barrels using only the wild microflora and fauna native to the Sonoma County Alexander Valley. The secondary fermentation allows the beer to have a complex flavor of malt with a hint of tobacco, a mix of stone fruit, and a touch of tart cherry pie.

The 2012 Festival of Wood and Barrel-Aged Beer Competition winners were chosen from 173 entries in 10 different categories.

Bear Republic Brewing Co. brews from two California locations, the original brewery in the Healdsburg pub and the Factory Five Brewery in Cloverdale, CA. Bear Republic develops hand-crafted ales and lagers brewed and aged using the traditional “art” of the masters. All ingredients are hand selected for each batch. Bear Republic works hard to foster a sense of loyalty and tradition from eras gone by.