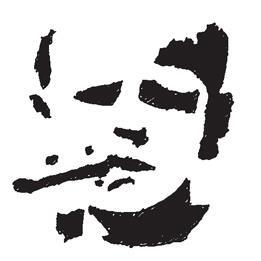 Sacramento, CA — February 19, 2014 – Old Soul Co. is excited to announce the upcoming release of “The Kenyan”, a craft coffee infused ale created in partnership with Ruhstaller of Sacramento. “The Kenyan” is the third coffee beer collaboration Old Soul has produced with Ruhstaller. “The Sauce”, released this past winter, sold out quickly and left fans anticipating the pair’s next project.

The Kenyan is a California ale brewed with award winning beans from the famed farmers of the Rung’eto Co-op in the town of Embu. The Rung’eto Co-op owns and operates three processing stations on the slopes of Mount Kenya. Our particular lot is selected from a carefully selected group of farmers within the co-op that are considered the “best of the best” and whose small farms average a whopping 1,800 meters in elevation. This spectacular coffee makes up the base of “The Kenyan.”

“The Kenyan” is a limited release, produced in a custom 22oz bottle, at 230 cases produced. Available in coming weeks at markets in the Sacramento area including Corti Brothers, Taylor’s Market, Whole Foods and Nugget Market locations in addition to select specialty stores and restaurants statewide.

Founded in 2006 by Tim Jordan and Jason Griest, Old Soul Co. started out as a wholesale only coffee roasting and baking company in an obscure alley in Midtown Sacramento. The mission then was the same as it is now: Celebrate the artisan aspects of coffee roasting and bread baking. Through this simple vision and with immense contributions from employees, coffee farming partners, and the Sacramento community, Old Soul Co. has four retail locations and select wholesale and catering partners throughout Northern California.

Brewbound Frontlines: Removing Barriers to Entry to the Beer...