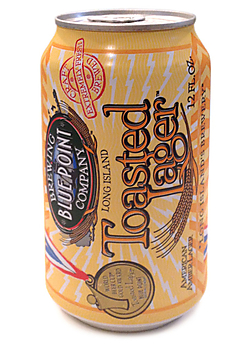 As reported earlier today, Anheuser-Busch InBev, the country’s largest brewer, has agreed to purchase New York-based Blue Point Brewing Company, a move that reflects the beer giant’s growing interest in the craft segment — and its consumers’ thirst for variety.

Exact terms of the Blue Point deal, announced this morning, were not disclosed, but sources familiar with the transaction said it could be valued between $18 and $24 million.

Mark Burford, Blue Point’s co-founder and brewmaster, said that negotiations with A-B InBev began last year and have been going on for “many months.”

Peter Cotter, the co-founder and president of Blue Point, said he’s excited for the opportunity to become a part of A-B InBev’s craft portfolio, which also includes Goose Island Brewery, a Chicago-based craft brewer that was purchased for $38.8 million in 2011.

“All of the employees will be able to maintain their jobs and the credibility and quality of the brand will remain,” Cotter said. “It’s great for the community. With the kinds of resources from A-B coming into Patchogue (Long Island), it will create job growth and the sky is the limit for where the brand could go.”

According to IRI, a Chicago-based market research firm, Blue Point’s dollar sales grew just over 20 percent in 2013, to more than $4.2 million, in multi-outlet and convenience stores (which includes supermarkets, drugstores, mass market retailer, military, dollar and club). Dollar sales for the company’s flagship Toasted Lager, which accounts for about 50 percent of production, were up 11.5 percent.

However, it wasn’t necessarily Blue Point’s impressive growth numbers that attracted A-B InBev to the deal. Instead, the opportunity to add greater depth to its current set of craft offerings was a primary consideration, said Andrew Goeler, A-B InBev’s vice president of imports, craft and specialties.

“This fulfills the consumer demand for variety and is a nice complimentary portfolio to what Goose Island offers,” Goeler said. “Blue Point has some excellent brands and having access to the A-B system is something that is really important.”

That system includes access to multiple brewing facilities across the country and an intricate network of wholesalers that will be granted the first rights to distribute Blue Point beers. For A-B InBev, the deal hinges on efficiencies that come alongside the expansion of a higher-margin portfolio.

“Similar to what we do with Goose Island, where we make some of the beers at an A-B brewery, we have the same opportunity to expand with Blue Point,” said Goeler. “We will be able to get the brands out to A-B wholesalers and will allow consumers to have access to these great beers.”

Blue Point production is already conducted on a contract basis — it produced a large portion of its 60,000 barrels brewed in 2013 under contract at North American Breweries’ facility in Rochester, N.Y. 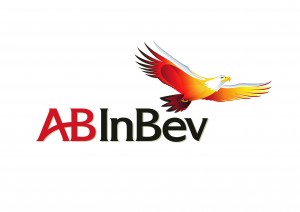 Plugging the brand into the A-B InBev wholesaler network, however, could prove to be a more difficult task. Blue Point currently distributes its beer in 15 states, but a number of its distributors — like Peerless Beverage and Shorepoint Distributing in New Jersey — are aligned with MillerCoors. Meanwhile, L. Knife & Son operations that sell A-B InBev products in New York and Massachusetts could also be at risk for losing the brand to wholly-owned A-B InBev distributors.

“Those decisions will be up to the A-B wholesaler and the existing wholesaler,” Goeler said. “Those kinds of conversations will occur at the local level. Even when we did the Goose Island partnership, there were competitor wholesalers that had Goose Island and they worked it out amongst themselves.”

Nevertheless, Goeler said Blue Point will have immediate access to A-B InBev’s wholesale network in the 35 states where its beers are not currently sold.

“If we roll into a new state with Blue Point, it will go to the A-B wholesaler for sure,” he said. “That expanded footprint is a key piece of what we can offer a company like Blue Point.”

Bill Hayde, the co-founder of Intercontinental Beverage Capital, a New York-based middle-market investment group that is currently advising on deals for a number of beverage companies, said he believes A-B InBev was attracted to Blue Point’s strong focus on its home region.

“I think what they liked is that it is concentrated in certain areas and they owned their territory,” he said. “Blue Point owns Long Island and they have worked hard to grow a presence there. I think it will add a lot of value as A-B continues to recognize the growing demand for strong, local craft brands.”

“I think the thing we liked the most is Blue Point’s location,” he said. “This is a growing part of the country and gives us a nice footprint with a local brand out of Long Island.”

As expected when a craft brewer is purchased by one of the big brewers, immediate consumer reaction to the deal wasn’t positive. A number of fans took to Twitter (and even the comments section of Brewbound) to express their displeasure with the announcement, with some calling the deal “Goose Island, part 2.”

“I think what we saw was a similar response initially with Goose Island,” said Goeler. “Over time, as we have proven with Goose Island, we are letting them operate just as they are. We are helping them with some of the resourcing opportunities for distribution, but I think we have a little bit of history and credibility. If anything, we are doing innovating more and creating new brand out of our Fulton Street Brewery in Chicago. We hope to do the same with Blue Point.”

The deal is expected to close in the second quarter, according to A-B InBev.

Ironically enough, Blue Point once mocked A-B InBev’s acquisition of Goose Island with a faux April Fool’s Day news release claiming the brewery was being sold to MillerCoors. The release, which is still posted on the company website, reads that Blue Point is “independently owned with no corporate ties. Ever.”