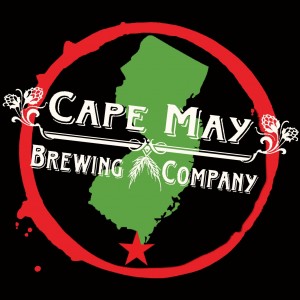 Philadelphia, PA — On the first of December, the Philadelphia craft beer scene will get a little craftier as the beers of South Jersey’s Cape May Brewing Co. are poised to make their debut. The brewery, which just celebrated its three-year anniversary this summer, recently paired with Philadelphia distributor Origlio Beverage and is excited to join the city’s vibrant beer scene. “Philadelphia is a natural next step for us. People have been enjoying our beers down the shore for a while and many of them are asking if they can get our beers in Philly. We’re thrilled to fulfill a demand for our customers,” said Ryan Krill, co-owner.

The brewery and its popular taproom, located on the grounds of the Cape May County Airport, opened in the summer of 2011. Cape May Brewing offers a large selection of beers on tap from Sours and Belgians to a wide range of IPAs, as well as all-natural sodas and craft beer vinegar. Some of the beers to be released in Philadelphia are the brewery’s flagship Cape May IPA, King Porter Stomp, Devil’s Reach, a strong Belgian-style ale and Mop Water, their 5-Spiced Ale named for the beer’s unusual hue. It tastes much better than it sounds, delicious in fact, but the name reflects the brewer’s quirky sense of humor.

Cape May Brewery’s arrival to the Philadelphia beer scene is only the second-ever entry of a South Jersey brewery to the city. Available in over 120 bars and restaurants in its home market, the brewery recently doubled its brewing capacity which allows the beers to flow into a new market.

The City of Brotherly Love is significant to all three brewery owners: Ryan Krill, Robert Krill and Christopher Henke. Ryan and Henke are both graduates of Villanova University and Robert is a graduate of the University of Pennsylvania. “Philly has a quality beer scene. I can go to any bar and have a ridiculously long list of great craft brews to choose from. I’m excited for Cape May Brewery Brewing Company to be added to that list. We are all from the area and are glad to be back,” said Henke.

Henke and Ryan Krill, who enjoyed brewing beer as a hobby, had an “ah-ha” moment in 2010 while in the Krill family’s backyard in Avalon, N.J. They had been making their own tasty IPAs all summer. It was the Fourth of July and the pair happened to crack open a craft beer that should have been flagged by quality control before it left the brewery. “Why do these guys get to have all the fun? If these guys can do it, we can do it,” Ryan recalled saying. At that moment, they decided to pursue a home brewer’s dream and open a brewery of their own.

A few years later, Cape May Brewing Company’s taproom, located in the same building as the brewery, has become a craft beer destination. One look at the tap lineup — 17 house made beers are currently available — and you’ll know why its slogan (Small Town, Big Brews) is spot on. Stop by for One-off Wednesday when a year-round offering is infused with seasonal flavorings. Recently, the brewery’s flagship IPA was blended with apple pie spices yielding the Apple Bomb. If you’re looking for something with a kick, Devil’s Heat combines Devil’s Reach with chipotle peppers. “What you see, is what you drink. People come by, tour the brewery and then get to taste what we are all about. Our beers are balanced and approachable by design, but big in certain ways. Devil’s Reach is deceptively easy drinking. At 8% ABV, it’s a Belgian ale that drinks like it’s 4%,” explained Ryan.

One of the first Philadelphia bars that will carry the brewery’s beer is the Draught Horse Pub and Grill located on the campus of Temple University. This is a meaningful connection for the brewery because the owners of the Draught Horse also own Cabanas Beach Bar and Grill, the first bar to carry the brewery’s beers in Cape May. “When we first started out, we needed to stay as local as possible and were only self distributing in a ten-mile radius. We’re happy that we’ve been able to expand our production and cross the river into Philadelphia,” said Chris Henke, co-owner.

For more information, contact Cape May Brewing or Origlio Beverage.

Heineken USA to ‘Double Down’ in 2022; ‘The Year of the Slim Can’; 1 Million Case Opportunity with Cans

Brewbound Podcast: We’ll All Be Drinking Seltzers From the C-Store