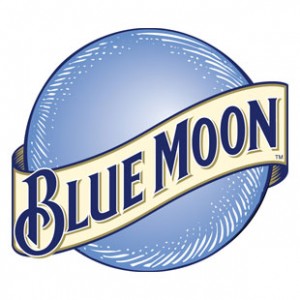 DENVER — Blue Moon Brewing Co. today announced the launch of a beer to honor the 20th Anniversary of the Colorado Rockies. The 20th Anniversary Ale is an easy-drinking amber ale and will be served exclusively at Coors Field throughout the 2013 baseball season, beginning on April 5, 2013, Opening Day.

Blue Moon Brewing Co. opened for business in 1995 at The Sandlot, a brewery within Coors Field. The brewery’s flagship beer, Blue Moon Belgian White, has grown into one of the country’s most popular craft beers.

“Colorado Rockies fans have played an integral role in the rich history of Blue Moon,” said Keith Villa, Founder and Head Brewmaster of Blue Moon Brewing Co. “Since launching the brand in the mid-90s, Rockies fans have helped us fine-tune dozens of Artfully Crafted beers. This 20th Anniversary beer is our way of saying thank you.”

Enjoying the beer isn’t the only way fans can become involved. Beginning March 15 through 28, legal-drinking-age Rockies and Blue Moon aficionados can visit Rockies.com and submit a brief description of the new beer—a smooth and delicious amber ale brewed with abbey malts and imported and domestic hops. The description which best embodies both the beer and the spirit of the Rockies’ 20th Anniversary will be used to promote the brew in-stadium throughout the season. The winner will receive a private brewery tour from Blue Moon Brewing Co. Brewmaster and 20th Anniversary ale creator John Legnard, a commemorative tap handle and two tickets to a home game, with on-field recognition, at Coors Field in 2013. See Rockies.com for Official Rules.

“The Rockies are a team of great tradition, and this year marks 20 years of calling Denver home,” said Greg Feasel, Chief Operating Officer of the Colorado Rockies. “For nearly two decades, Rockies fans coming to games have enjoyed great craft beer at The Sandlot. Now when they visit Coors Field and The Sandlot, they can enjoy good baseball, and a Blue Moon tribute beer, which not only celebrates the home team, but also our amazing fans.”

At Blue Moon Brewing Company, everything we do flows from our artistic approach to brewing. We craft our broad array of beers with flavorful ingredients for an inviting taste, perfect for enjoying the moment with friends. It’s been that way since we added our first flavorful twist back in 1995 in Denver, Colorado. And that’s why we say our beer and everything we do is artfully crafted. More information is available at BlueMoonBrewingCo.com.

About the Colorado Rockies

Entering the National League as an expansion franchise in 1993, the Colorado Rockies have earned the National League Wild Card twice (1995 and 2007) and following a September for the ages, represented the National League as the league champion in the 2007 World Series. Colorado’s inaugural season featured several records still standing today, including the record for most wins by a National League expansion team in a single season (67). The 1993 season also set a Major League record in attendance with 4,483,350 fans. Since 1993 the Rockies rank third in Major League Baseball total attendance, as more than 60 million fans have attended Rockies games in Denver. The Rockies home, Coors Field continues to be one of the most popular and beautiful baseball destinations in the country, having hosted 2,000,000 plus fans in 17 of the ballpark’s18 years. The Rockies have also set the standard for commitment to the community. Since 1993, the organization has distributed more than $20 million to the Rocky Mountain Region through the Colorado Rockies Charity Fund.

Brewbound Podcast: A Discussion with DISCUS

Brewbound Live 2021 Agenda Revealed: What It Means to Be a Craft Brewer, Plus Discussions on Hard Seltzer, Beyond Beer and Retail Opportunities