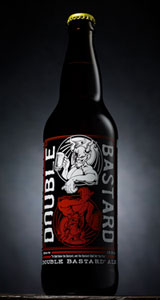 ESCONDIDO, Calif. – WARNING: The Bastards have arrived. As the curator of two overly-aggressive, unapologetic beers, it’s necessary, nay an obligation, to warn the populace that today, Double Bastard Ale and Lukcy Basartd Ale are making their way across the U.S.

Double Bastard Ale was first released November 1998 and debuted as the amped-up evil uncle of the already aggressive Arrogant Bastard Ale. The bottle warns, “Double Bastard Ale is not to be wasted on the tentative or weak. Only the Worthy are invited, and then only at your own risk.” It goes on, “This is one lacerative muther of an ale.” Since 1998, Double Bastard Ale has been released once a year to worthy individuals seeking its company. 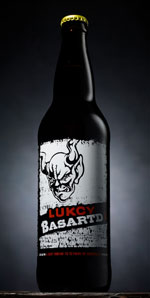 Stone Brewing Co. was founded in 1996 by Steve Wagner and Greg Koch in North County San Diego. It is the 11th largest craft brewery in the United States and has been named “All-Time Top Brewery on Planet Earth” by BeerAdvocate magazine – TWICE! The brewery recently announced more than $50 million in expansion plans that include Stone Packaging Hall, Stone Brewing World Bistro & Gardens — Liberty Station, and the future Stone Hotel among other lofty ventures. For more information, please visit stonebrewing.com, follow on Twitter or “like” on Facebook.