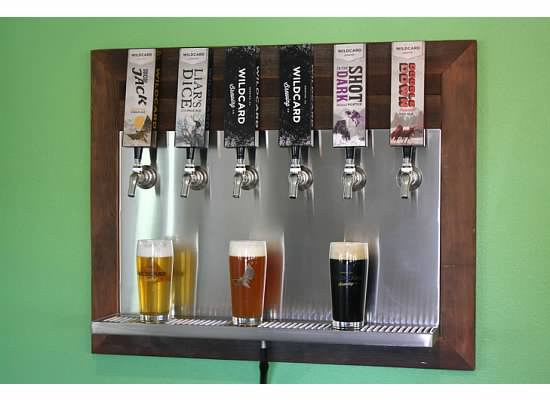 REDDING, CA – Wildcard Brewing Company is the result of years of day dreaming. It started when Jeff and Jenny Hansen brewed two beers to give away as wedding favors at a brewery in San Luis Obispo, CA where they went to college. Homebrew projects and burst bottle explosions ensued in the years after.

But a casual passion soon turned career as Jeff and Jenny headed to England. Jeff studied brewing science at the University of Sunderland and Jenny conducted “research” in various local pubs. Once back in the states Jeff headed straight for the most competitive brewing location, the Pacific Northwest. Now years later the pair are back in Jeff’s hometown of Redding, CA building out their production brewery.