WINTER 2018 | NOV 27+28 | SANTA MONICA
This is a past event. Replay all presentations and view upcoming events.

A TWO-DAY CONFERENCE FOR THE BEER INDUSTRY

You are viewing a past event. Brewbound Live Winter 2018 took place on November 27th and 28th, 2018 at the Loews Santa Monica Beach Hotel. Brewbound Live is a two-day business conference for the beer industry held once a year in Santa Monica, CA. Upcoming conference dates can be found at brewbound.com/events. The 2018 Brewbound Annual Awards were announced at the event. See who came out on top:

ALL-STARS SPEAK ON THE EVOLVING INDUSTRY

We are honored to have trailblazers, forward-thinkers and rising stars join us on stage. They speak at Brewbound Live because they’re focused on the future of the beer industry. Expect a first-rate speaker roster delivering the highest quality business discussions. Our on-stage content is specifically designed with founders, C-level executives, and decision-makers in mind.

DISCUSS STRATEGIES FOR DIFFERENTIATION IN A CROWDED CRAFT MARKETPLACE.

With over 6,500 breweries in the United States, it can be difficult to differentiate yours from the rest. At Brewbound Live we will talk to a trio of fast-growing independent breweries, Three Weavers, Fort Point and Melvin, about how they are creating points of differentiation in a crowded marketplace.

We will hear from Brooklyn Brewery who will talk about how an established, mid-sized craft brewery is staying competitive at their core while finding new growth opportunities abroad.

THE INDUSTRY IS CHANGING, SO ARE WE. ENTER DAY 2.

The beer industry eclipsed $111 billion in retail sales last year, of which more than $26 billion was spent on craft. But growth within the craft segment is slowing -- dollar sales grew 8 percent in 2017 -- so how do small beer companies continue to gain market share? And how will the relationship between independent craft breweries and strategic acquirers like Anheuser-Busch and MillerCoors, who are in search of new growth opportunities, continue to evolve? As the marketplace gets more competitive, what will tomorrow’s partnerships look like?

With so much more to discuss in a changing industry, we introduced a second day to the conference. At Brewbound Live, we’ll examine strategies for growing beer sales while also exploring emerging categories such as hard seltzer, cannabis, cider and alcoholic kombucha.

CRASH COURSE: LEARN THE BUSINESS OF BEER FROM THE EXPERTS

The first day of the 2018 Brewbound Live conference will begin with a new “Crash Course” education session, starting at 8 AM. It is designed to help the founders of emerging beverage companies build a stronger startup in an ultra-competitive beverage alcohol segment.

The half-day session begins with actionable, quick-hit presentations on raising capital, branding and design, and procurement and inventory planning. The session continues with an initial set of Brewbound Pitch Slam presentations to determine which entrepreneurs will advance to the final round, taking place on the main stage during day two of Brewbound Live. This information-rich morning seminar concludes with presentations on sales planning, distribution and retail strategies, and marketing and PR.

Separate registration is required, but the session is free for Brewbound Live attendees of all skill levels. Space is limited to 60 attendees, and early-stage companies will have priority seating.

The business pitch competition, which has helped foster partnership conversations and led to a pair of deals, is a showcase for entrepreneurs looking to expand beyond the taproom. The expanded Pitch Slam experience is now two days and features an education session, additional networking opportunities, and industry exposure for the 15 semi-finalists that come from beer and beyond. Brewbound Pitch Slam takes up-and-coming brands and provides them with awareness, feedback, and a chance at the title and a lucrative prize package.

We start the first day of the competition with education and one-on-one interactions with the best in the business. The half-day crash course focuses on issues and topics specific to the needs of early-stage brewing companies.

Also during the educational program, the 15 contestants participate in a first round of pitches. Judges who have sampled their products will provide initial feedback, deliberate and then select finalists who advance to the Brewbound Live main stage on the following day. 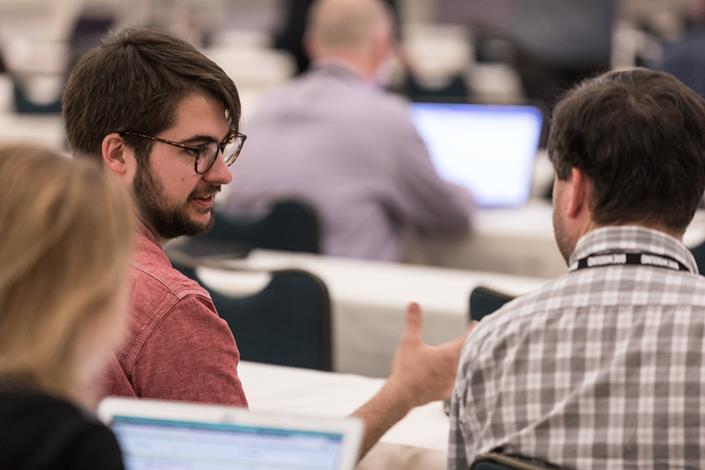 On the second day of Brewbound Live, five finalists deliver an expanded pitch to the audience, judges and the world via a live stream. The judging panel will provide additional feedback on the products and pitches, and a winner will be announced at the end of the show. Following the conference, the Pitch Slam winner is interviewed on Brewbound’s Livestream Lounge about the experience and their future plans.

All pitch sessions are also recorded and posted to Brewbound’s YouTube channel. There is no additional fee to apply for Pitch Slam, however all contestants must purchase a ticket to Brewbound Live. 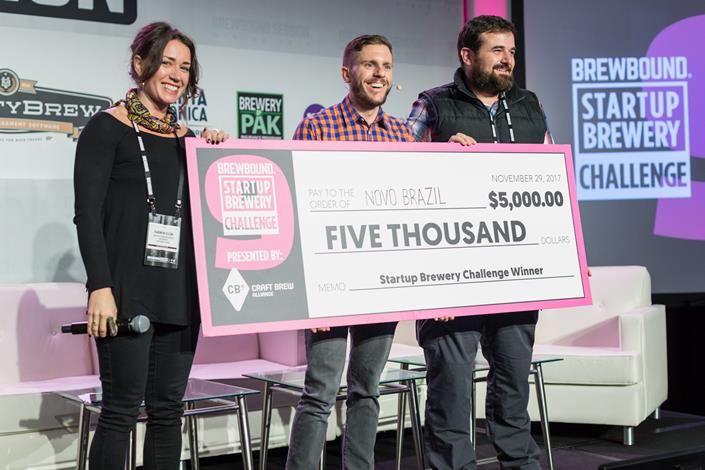 LEARN ABOUT THE PITCH SLAM

The Sample Bar offers a space for brewers to showcase innovative products to the industry. Attendees can taste offerings that will inspire discussion around styles, brewing techniques, trends, and more. This gives brewers an opportunity to receive feedback from industry professionals and peers.

SAMPLE AT A FUTURE EVENT

Brewbound’s one-of-a-kind business pitch competition, called Pitch Slam, will take place on Tuesday, November 27, and Wednesday, November 28, at the Lowes Hotel in Santa Monica, California. Presented by Craft Brew Alliance (CBA), the Brewbound Pitch Slam gives entrepreneurs behind the beer industry’s next breakout brands an opportunity to sample their innovative products and showcase their business plans in front of hundreds of attendees at the two-day Brewbound Live business conference.

We’re less than four weeks away from our two-day Brewbound Live business conference, taking place November 27 and 28 in Santa Monica, California, and we’re pleased to unveil a first look at the agenda. Featuring numerous presentations and panel discussions, as well as a “Crash Course” designed for early-stage companies, the 2018 conference will be Brewbound’s most comprehensive to date.

Brewbound, a leading trade publication covering the beer industry, today announced the first group of speakers that will take the stage during its two-day November business conference, called Brewbound Live. Joining the event – which takes place on November 27th and 28th in Santa Monica, California, and brings stakeholders from all three tiers of the brewing industry together to discuss trends, challenges and the future of beer – is a star-studded group of industry experts who will share insights and strategies for moving the category forward.

Brewbound’s Startup Brewery Challenge has a new name. Up-and-coming brands from across the brewing industry will take the Brewbound Live stage on November 27th and 28th in Santa Monica, California, to compete in the reimagined Pitch Slam competition, sponsored by Craft Brew Alliance. Here’s what’s new.

Brewbound, a leading trade publication covering the beer industry, today announces that it will host a two-day business conference for professionals in the beer, cider, and flavored malt beverage industries. Called Brewbound Live, the expanded event – formerly known as Brewbound Session -- will take place at the Loews Hotel on November 27 and 28 in Santa Monica, California.

Be the first to know! Sign up to receive Brewbound Live speaker and program announcements straight to your inbox.

YOU HAVE QUESTIONS. WE HAVE ANSWERS.