Craft beer fans, assemble! Power Beer Fest returns for its fourth consecutive year to bring a powerful taste bud punch to the Cyclorama at the BCA. Come for the Juice Bombs, sip the sours and savor the stouts. The fundraiser and beer tasting will feature 40 local breweries for a two session event on Saturday, April 25 from 1 to 4:30 p.m. and 6 to 9:30 p.m.

Ticket sales of Power Beer Fest support the Mass Brewers Guild, the state’s nonprofit organization that works to protect and promote the interests of craft brewers across the Commonwealth. Mass Brewers Guild beer festivals are the only beer events run by brewers, for brewers.

Tickets are $48 for general admission and includes unlimited beer samples from participating breweries. Designated drivers/non-drinkers can attend the festival for $10. 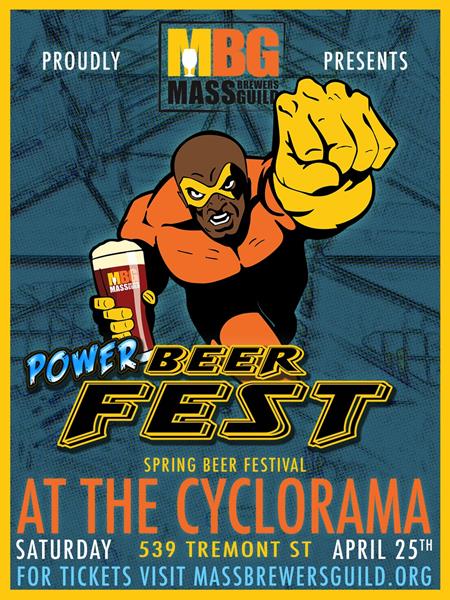