Fretboard Brewing Company is set to host their first annual ‘OkousticFest’ this Saturday, September 19th, at their Blue Ash taproom and beer garden. With Oktoberfest Zinzinnati™ switching gears in 2020 to become a socially-distanced 10-day event (9/18 - 9/27), hosted at numerous participating bars and restaurants throughout greater Cincinnati, Fretboard saw an opportunity for a celebration of German beer, German food, and live acoustic music all afternoon. ‘OkousticFest’ will feature several live acts, playing both inside and out, starting at 3pm, and headlined by 10-piece brass band, The Cincy Brass, at 8pm.
Known for brewing true-to-style German beers, Fretboard will be serving up steins full of their fan favorites like ‘Rockin The Rhein’ Oktoberfest and the World Beer Cup winning ‘Vlad’ Pilsner, alongside food from in-house BBQ joint Smoked Out Cincy BBQ. A special menu from Smoked Out will be available during ‘OkousticFest’, including beer brats, sauerkraut balls, a pork schnitzel sandwich, and more. Leading up to the big performance from The Cincy Brass, numerous local musicians will take the mic throughout the afternoon including, Tyler Strittmatter, 2nd Hand Smoke, Josh Ferreira, St. Mary St. Michael, Kyle Hackett Trio, Michelle Hemmer, Anna Applegate, and Chandler Carter.
Along with the festivities scheduled, Fretboard has also teamed up with their brewing neighbors, March First, and Ultra Marathoner, Andrew Suski, to raise funds for Cincinnati-based charity, ‘Neediest Kids of All’. Andrew will begin a 100 Mile run in the late hours of Friday, September 18th, on the Little Miami trail-head in Yellow Springs, passing by numerous breweries on his path to the finish line at March First in the early evening of Saturday. Fretboard will help raise awareness, and funds, for Andrew’s chosen charity, ‘Neediest Kids of All’, by donating $1 from every pint of ‘Mellowship’ India Session Pilsner sold during ‘OkousticFest’. We encourage patrons to cheer on Andrew as he passes by the brewery, and raise a cold pint of ‘Mellowship’ for a great cause! For more information on set times, please visit Fretboard Brewing’s event page on Facebook. 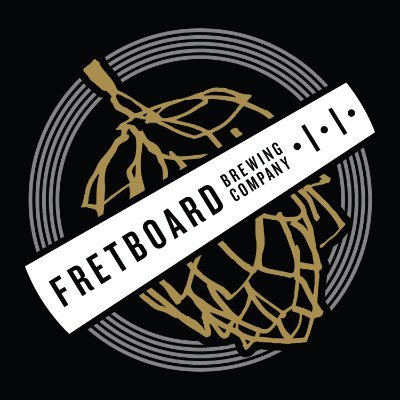