The headliner of the party is of course the beer. Boomtown will have SIX limited releases for the event, three of which will be canned (so you take the party home with you) including: The Anniversary Ale, a Barrel Aged Imperial Stout, a Barrel Aged Barley Wine, a Barrell Aged Belgian Dark Strong, Proper Minger Best Bitter and Zzyzx Porter. To pair with all this expert craftsmanship, tasty grub will be available from no less than four vendors including: Highland Hickory, Tripp Burgers, Carmela Ice Cream, and a very special menu from their frequent collaborator Chef Allen of Corazon LA.

Think of this as a mini beer festival that is completely free to attend. 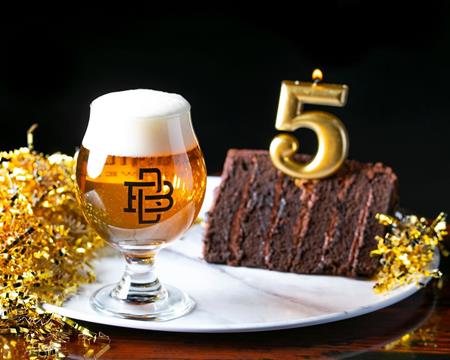