12 Gates Brewing Company is debuting a limited can release of its Landing Strip IPA in 16 oz. cans

A Look at the Landing Strip IPA
12 Gates Brewing Company is debuting a limited can release of its American India Pale Ale which will be available to the public beginning on the 15th of January. It is the brewery’s first special release IPA in 16oz cans and will go on sale the day it was canned for optimal freshness.
The Landing Strip blends Simcoe, Citra, and Mosaic hops to create a tropical flavor profile of pineapple, tangerine, and pine. This blend of American and New England-style IPAs produces a softly bittered tropical IPA touching down at a comfortable 6.1 percent ABV.
Brewmaster Scott Shuler shares “Landing Strip IPA is the culmination of three months of trials to really dial in what we were looking for. We wanted something soft, but with a strong backbone to carry the copious amounts of Simcoe and Mosaic hops. We reached this goal and then exceeded our expectations. Landing Strip is exceedingly drinkable and flavorful pint after pint, and now can after can.”
12 Gates Brewing Company’s brewery and taproom, located underneath the flight path of Buffalo Niagara International Airport, will be releasing limited 4-packs and cases of 16-ounce cans beginning Tuesday, January 15th. Landing Strip IPA will also be available in cans at select bars, restaurants, and retails locations throughout Western New York for a limited period of time.
About 12 Gates Brewing Company 12 Gates Brewing Company is an independent craft brewery established in 2015 and located in Williamsville, New York. The 30-barrel brewhouse also features a taproom with 18 rotating taps and light fare. 12 Gates Brewing Company products can be found in bars, restaurants, grocery stores, and beer shops throughout Western New York. 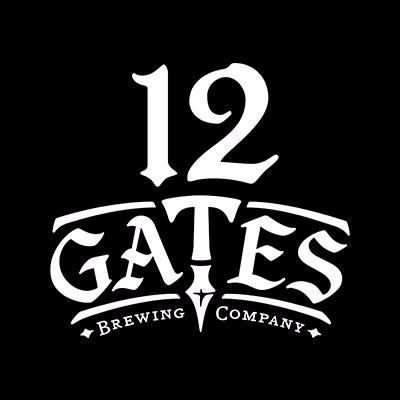