Join us in the taproom for an evening of acoustic music, delicious beer, and good company!

Join us in the taproom for an evening of acoustic music, delicious beer, and good company!

Jonathan Niles Chapman is a guitar player, a singer and a songwriter. Based in Danbury CT, he has been a regular face on the local music scene for over a decade. In addition to frequenting the local music establishments and watering holes in his home state, Jonathan's guitar playing has been heard all over the country with acts such as Poverty Hash, Saint Bernadette, Guerillafinga, and with his own bands Zen Dudes & the Universe and Three Legged Dog.

Rooted in the blues, jazz and folk music, Jonathan draws inspiration from artists like Sam Cooke, Little Richard, Willie Nelson and Bob Dylan. His solo performance consists of his voice and his guitar, but it is not uncommon for Jonathan to be accompanied by one or two fellow music explorers. 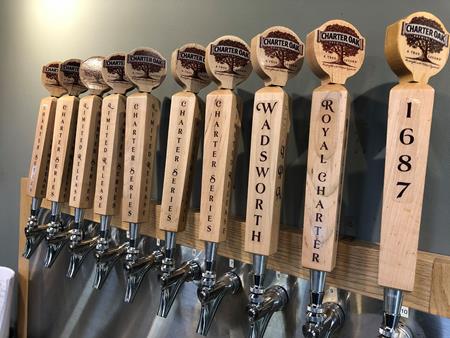