Celebrating 9 years of stellar beers and the release of our Anniversary IIIPA.

Come out to Nampa for the day and help us ring in another year of stellar beers! We are breaking open the beer vault and turning up the tunes. Here's what's happening: 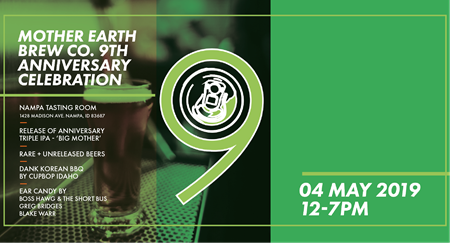