Join us in celebrating the release of our 2019 Orange Giant Barleywine!

We've been making this Special Release beer every year since 2014, and we're excited to share our newest version with you. Be among the first to try it on draft at Ecliptic Brewing, score an Orange Giant gift pack, and try our RARE English Barleywine, all on Saturday, December 21st. Details follow:

Our limited-supply, special-edition gift pack features four different years' Orange Giant Barleywine varietals, so you can compare and find your favorite version! We have exactly 12 of these available, only at Ecliptic Brewing, so come early to grab yours!

Last, but CERTAINLY not least, we will be tapping a super rare keg just for this event: Ecliptic + Belmont Station Barleywine! Want the backstory? According to our very own John Harris:

“Our house barleywine, Orange Giant, is an American one. American barleywines have more hop bitterness and aroma. English versions bring up a bit more caramel and malty flavors. This barleywine was brewed to celebrate the 19th anniversary of Belmont Station. Belmont Station is a star visible to the naked eye here on Earth, near the Cassiopeia and Lacerta constellations. Belmont Station also is a star in the craft beer galaxy and has been Portland’s premier beer destination since it first opened in 1997. All of this beer was laid into barrels for aging, except this one keg. This is the only un-barreled aged keg in existence! Come try this four-year-old, aged-in-keg, English-inspired Barleywine.” 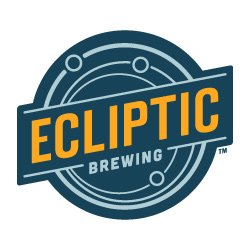