We are proud to announce that we have teamed up with Peace Neighborhood Center to host our 3rd Zwanze Day at the brewery on September 29th, 2018! We will have an amazing list of breweries, many of which rarely find their way into Michigan.

Tickets: $100 - non refundable - Includes commemorative sampling glass and 20 drink tokens. Tickets do not guarantee a pour of Cantillon Zwanze. Cantillon Zwanze will begin pouring at 2:45 pm and will be first come first serve for the Zwanze toast at 3 PM.

Breweries: Currently confirmed, will be updated.

Answers for (nearly) every question:

Must be 21+ to attend. Yes, even designated drivers and children. This is a beer festival, no minors.
No pets allowed.
Tickets are non refundable, non transferable.
You must have a valid ID to enter.
Tickets will only be available online at Jollypumpkin.com and at the door day of.
Jolly Pumpkin Zwanze Day merchandise will be available for purchase during the event.
Jolly Pumpkin Artisan Ales & Kitchen will be open from noon until 11 pm during Zwanze Day.
Parking will be available onsite as well as at neighboring businesses which will be marked.
No alcohol will be allowed in our parking lots before, during or after the event.
All beer samples are 4oz except for Cantillon Zwanze.
Pours of Cantillon Zwanze will be 2oz and will be first come, first serve. We will begin pouring Zwanze at 2:45 PM, the gates open at 2:12 PM. When it is gone, it's gone. Choose wisely.
Zwanze Day will go on rain or shine. Don't worry we have a big tent.
Last call will be at 6:30 PM. 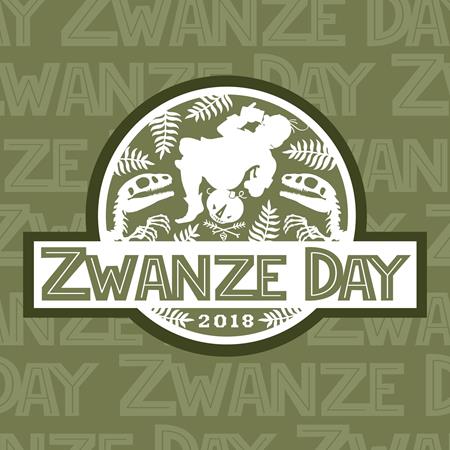 Ticket Price/Policy:
$100 - non refundable - Includes commemorative sampling glass and 20 drink tokens. Tickets do not guarantee a pour of Cantillon Zwanze. Cantillon Zwanze will begin pouring at 2:45 pm and will be first come first serve for the Zwanze toast at 3 PM.