Swing down to Cabanas Beach Bar & Grill for a night of fun and festivities!

Swing down to Cabanas Beach Bar & Grill for a night of fun and festivities!

These guys have had our backs for years. They were the very first bar to take a chance on our Cape May IPA, and it hasn’t moved from their tap list over the past seven years. In addition to our flagship IPA, they’ll have six other beers on tap or in cans. (For a total of seven. Get it?!? Seven years… Seven Beers…. It’s a thing.)

So, this time, we’ve got their backs! The CMBC Brew Crew will be in full force at Cabanas, and you’ll get the chance to party with all of your favorite members -- somewhere other than the brewery for a change!

We’ll have tons of giveaways, and you’ll get a chance to win a CMBC swag bag! In addition, there’ll be a piñata filled with all kinds of CMBC merch. Take a whack!

Also, at 9pm, there’ll be music by 3AM Tokyo. The brainchild of GRAMMY-nominated singer/songwriter/producer Picasso, 3AM Tokyo is comprised of four standout musicians creating a powerful mix of pop, rock, hip-hop, EDM, and reggae, capable of creating in any genre, decade, or style. Known for their take on popular songs and remixes with a DJ feel, the sounds and dynamics of 3AM Tokyo are flawless, firmly establishing the group as leaders in the modern dance world.

Sounds like it’s going to be a great time. Don’t miss out! 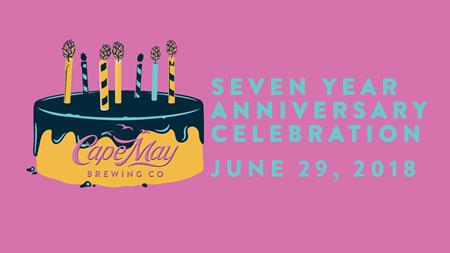