South Carolina’s oldest brewery celebrates twenty-five years of great beers with a week-long 25th Anniversary party. The festivities begin on Friday, November 9, and continue through Sunday, November 18th. Join Palmetto Brewing Company where it all began, in downtown Charleston at 289 Huger Street, for a week of beer releases and special events.

Friday, 11/9: Save Crab Bank Benefit hosted by the Driftwood Foundation. $1 per pint will go toward replenishing the bird habitat near Shem Creek.

Saturday, 11/10: Laces Out Tailgate Party with $2 cans of our game-day Blonde Ale, and college football in the tasting room – day and night.

Sunday, 11/11: 50% off draft-pours for Veterans, as we salute those who have served in our military.

Small Batch Beer Release: Peach Dreams are Made of Briess

Saturday, 11/17: Pints & Paws for a Cause. Palmetto and the Perseus Foundation are raising money for a 4-year-old Charleston pup named Yuki Saluki, who was diagnosed with lymphoma and is in need of a life-saving bone marrow transplant. Bring your dogs and contribute to his treatment!

Sunday, 11/18: Palmetto wraps up the week with one more specialty beer release, in honor of 25 years: 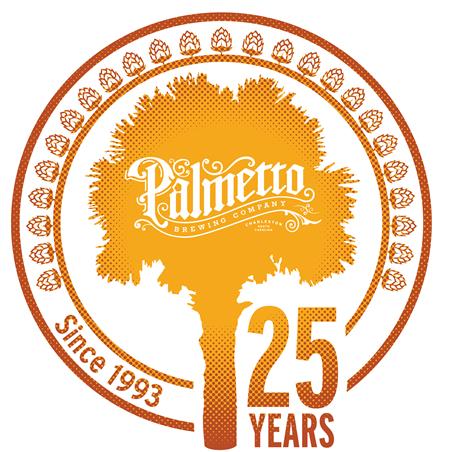