Sierra Nevada is pleased to partner with 5Point Film in an exclusive debut showing of their inspiring outdoor films featuring the 2018 award winners from the renowned film festival in Carbondale, CO.

These outdoor adventure films will inspire you to get outside and appreciate the world around you in exhilarating new ways. 5Point Films are built on five guiding principles: respect, commitment, humility, purpose and balance. We believe these same principles also form the foundation for individuals who lead lives of adventure and connect all of us who share an elemental passion to explore and expand our boundaries.

And in an effort to further the outdoor enthusiasm, Sierra Nevada Brewing Co. is donating 100% of ticket sales to our Pale Ale for Trails campaign.

Pale Ale for Trails
In 2018, America will celebrate the 50th anniversary of the National Trails System Act and the creation of our first national scenic trails: The Appalachian Trail and the Pacific Crest Trail. These great trails symbolize outdoor adventure, provide recreational opportunities, and help people live happy, healthy, and fulfilled lives. The Appalachian Trail Conservancy and the Pacific Crest Trail Association are planning a joint event to celebrate this major anniversary and Sierra Nevada Brewing Co. will proudly be a sponsor of this national milestone.

Sierra Nevada Brewing Co. believes in sustainable enjoyment of our environment as reflected in these organizations and those who have trek the AT & PCT.

Beginning on Earth Day, Sunday, April 22 through Saturday, April 28, Sierra Nevada’s taproom locations in Chico, Mills River, and Berkeley will be donating a portion of proceeds from all Pale Ales served to the National Trails System.
To culminate the Pale Ales for Trails week, Sierra Nevada Brewing Co. will be donating 100% of ticket sales from our 5Point Film Festival showings on Saturday, April 28th at our breweries in Mills River, NC and Chico, CA.

So support the trails by coming out for these inspiring films and enjoying a Pale Ale or two! 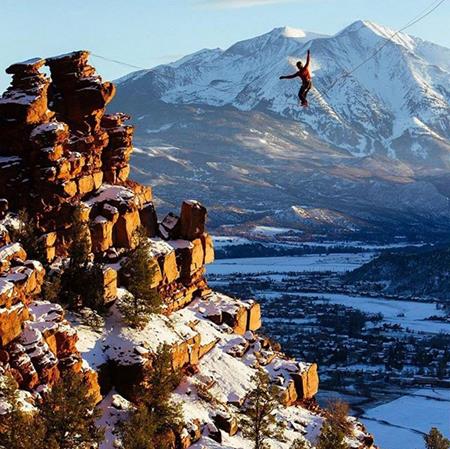