Bushel of Haze is our next adventure into the realm of the hazy IPA's. Bushel of Haze is an Imperial IPA that showcases Amarillo as it’s single hop used and has a drinkability that doesn’t lead you to believe that it is an 8.9% abv beer. This DIPA displays aromas and flavours of citrus, mango, as well as some stone fruit notes like apricot and peach. Even with the higher alcohol level this beer drinks incredibly smooth and a subdued bitterness that allows the juiciness of the hop to shine through. Make sure to get your hands on this NE style DIPA with our first single hop recipe creating a delicious beer.
Food Truck: Poke Craft 12pm-3pm & Bread 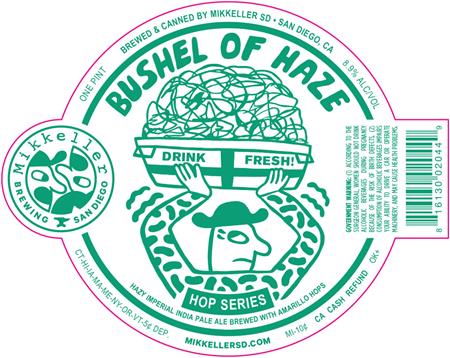