The mad scientists are at it again! Isaac and Groff from our production team siphoned off two casks worth of our recently-released imperial stout - Dynasty - then added some crazy ingredients to create wild new variants.

CHAI-NASTY is a cask conditioned with a special blend of chai-like spices, including star anise, cardamom, ginger, grains of paradise, and cinnamon.
DYNAST-OREO is an uber-decadent composition that is conditioned with smashed-up oreo cookies and lactose sugar.

We're tapping both at 11am, and the brewers will be giving a brief presentation about cask beer and the inspiration behind the day's recipes. Come taste these wonderfully unique concoctions, because when they're kicked, they're gone forever! 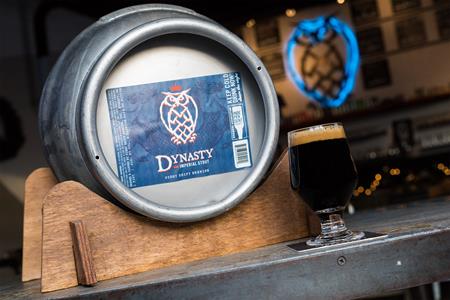