Catawba Brewing is pleased to announce the Grand Opening of their new Charlotte brewery, located on the edge of the Plaza-Midwood neighborhood, at 933 Louise Avenue. The tasting room will open its doors to the public on Saturday, May 6, 12pm-11pm. In addition to bringing their extensive lineup of innovative yet approachable beers directly to the Queen City, the new location offers a scenic view of Uptown Charlotte, with indoor and outdoor seating, and an entirely unique view of the beer-making process.

Charlotte craft beer enthusiasts are generally well acquainted with Catawba flagships like White Zombie and Mother Trucker Pale Ale, which have established the brewery’s reputation as one of the pioneers of the craft beer resurgence in North Carolina. With these popular beers available in the Charlotte market since 2001, many locals have been inspired to make the short drive to Morganton or Asheville to visit Catawba’s tasting rooms over the years. That loyalty and dedication from their Charlotte customer base factored heavily into the company’s decision as to where to invest in their most significant expansion to date. Interestingly, it also provides symmetry to the lesser-known first chapter of the Catawba story.

Five years before Catawba Brewing began its commercial incarnation in 1999, Jetta Pyatt made a serendipitous shopping trip to Charlotte, in search of the perfect Christmas gift for her husband, Billy. She found it at a homebrew store called Alternative Beverage in the Sleepy Poet Antique Mall on South Boulevard. Billy and his brother, Scott, immediately fell in love with making beer at home, a hobby that would later become the Pyatt family business. The company is still owned and managed by Billy, Jetta, and Scott.

Catawba honored their Charlotte roots in February with the release of a new year-round beer, the CLT IPA, brewed specially for the local market. The interior design of the tasting room also pays homage to the history of the building where it resides – a former Kellogg’s bakery, manufacturer of Famous Amos cookies. Catawba occupies 10,000 square feet of the building, which includes a 10-barrel brewhouse and bottling line. There are plans to add a 4300 square foot Barrel Room later this year, housing private event space, a stage for live music, and several hundred oak vessels for the brewery’s barrel-aging program.

The Charlotte location offers new opportunities for Catawba to fulfill its mission to create and educate, perhaps in some unprecedented ways. The brewhouse will prominently feature open fermenters, which have commonly been used for many traditional European and English ales, but are rarely seen in American breweries. However, these open-top vessels will be unlike their historical forebears in that the tanks actually have thin glass walls for viewing fermentation as it happens. Customers will be able to enjoy a beer and observe the spectacle of bubbling CO2, yeast colonies rising and falling, and the rolling krausen (foamy head formed during fermentation) in a virtual Beer Aquarium!

Catawba’s one-of-a-kind, hand-made fermenters were made possible through a collaboration with specialty glass manufacturers, Corning, Inc., and tank manufacturer, Marks Design and Metalworks. Everything in the compact brewhouse is designed to be visible and accessible, for a uniquely interactive customer experience. 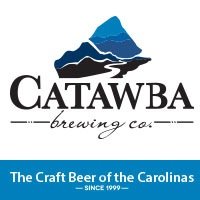