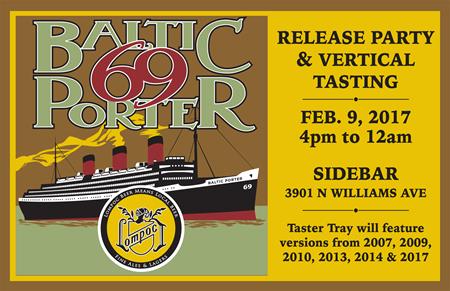 Ticket Price/Policy:
FREE Admission
Free admission. Purchase Baltic Porter by the glass, or get a vertical tasting tray for $15.