Rahr & Sons' 12th anniversary will be an extended tasting event at the brewery.

Rahr & Sons Brewing Co.'s 12th anniversary will be an extended tasting event at the brewery with more than 60 beers to sample, including several rare and limited release varieties such as Bourbon Barrel Aged Regulator and 2014 Midnight Cab. The event will also feature live music from local bands and food trucks. 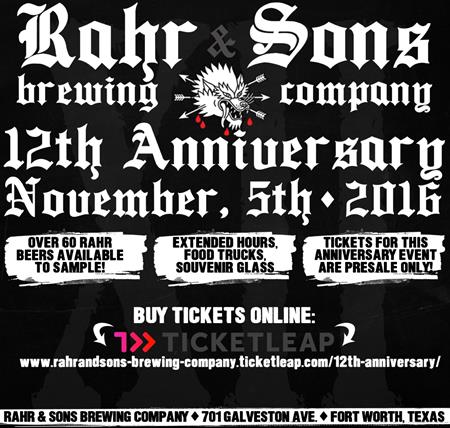