Join Empire Brewing Company, along with 1911 Hard Cider, at Excelsior Pub in Albany.

Join Empire Brewing Company, along with 1911 Hard Cider, at Excelsior Pub in Albany. The “Meet Your Maker” summer series focuses on the use of local ingredients, the high quality of regional beer and spirits, and the send of community in the industry, especially New York State. An Empire Brewing Company beer rep will be on site to answer all of your questions! 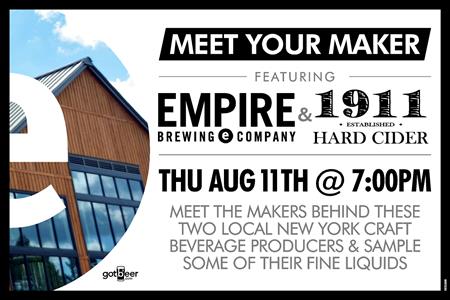