Cigar City Brewing Company along with their friends at 21st Amendment and Star Bar are excited to be partnering for a one-of-a-kind beer release celebration during GABF. On October 5th, each location will be hosting a tap takeover celebrating the release of CCB and 21st Amendment’s latest collaboration, Golden Sunshine – Berliner Weisse with oranges.

Draft lines at each location will be highlighting specialty Cigar City Brewing and 21st Amendment beers.

The celebration at Star Bar will have representatives from both breweries on site. 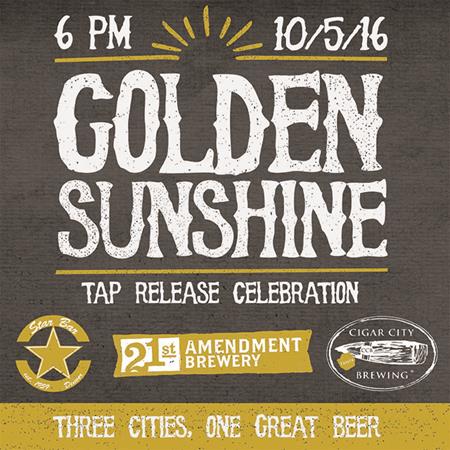