Join us as we celebrate our 4th years with live music, 15 beers on tap, and souvenir pint glasses!

Join us as we celebrate our 4th year making beer with 4 hours of live music, 15 different draft beers and limited edition souvenir glassware!

Live performance by The Geeks Band. Food Trucks on site including Meatballerz, Muenster Truck and King of Pops !

Our first 200 guests will receive a commemorative stemmed glass, the next 300 will take home our 4th Anniversary pint glass. Be sure to get here while supplies last!

More fun to be announced, we hope you'll come raise a glass with us! 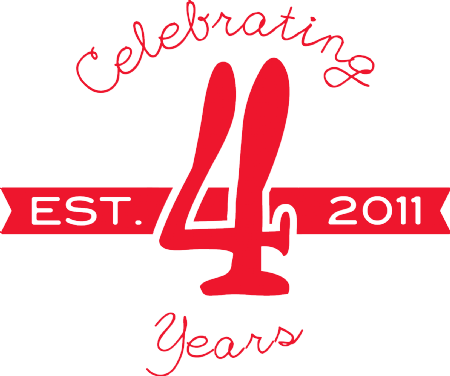