Join us for the first-ever "AleSmith Mr. Padre 5.5K" to raise funds for the Tony Gwynn Museum!

Nicknamed “Mr. Padre” for his unfaltering commitment to his hometown, Tony is considered one of the best and most consistent hitters in baseball history. It’s known that he liked to hit balls between the third baseman and shortstop, which he later dubbed as the “5.5 hole” and the reason the course has been measured at 5.5 kilometers.

Funds raised from this event will kick start a campaign to build a Tony Gwynn Museum in AleSmith’s new facility on AleSmith Ct., which will forever honor this legend and benefit the Tony and Alicia Gwynn Foundation (TAG).

The “AleSmith Mr. Padre 5.5K” will start at 9 a.m. at 9990 AleSmith Ct. and will be followed by a post-party complete with beer, food, and much more! Pre-register now at http://bit.ly/AlesmithMrPadre5_5k. 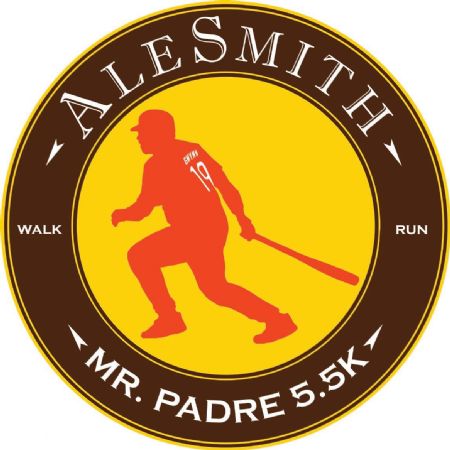